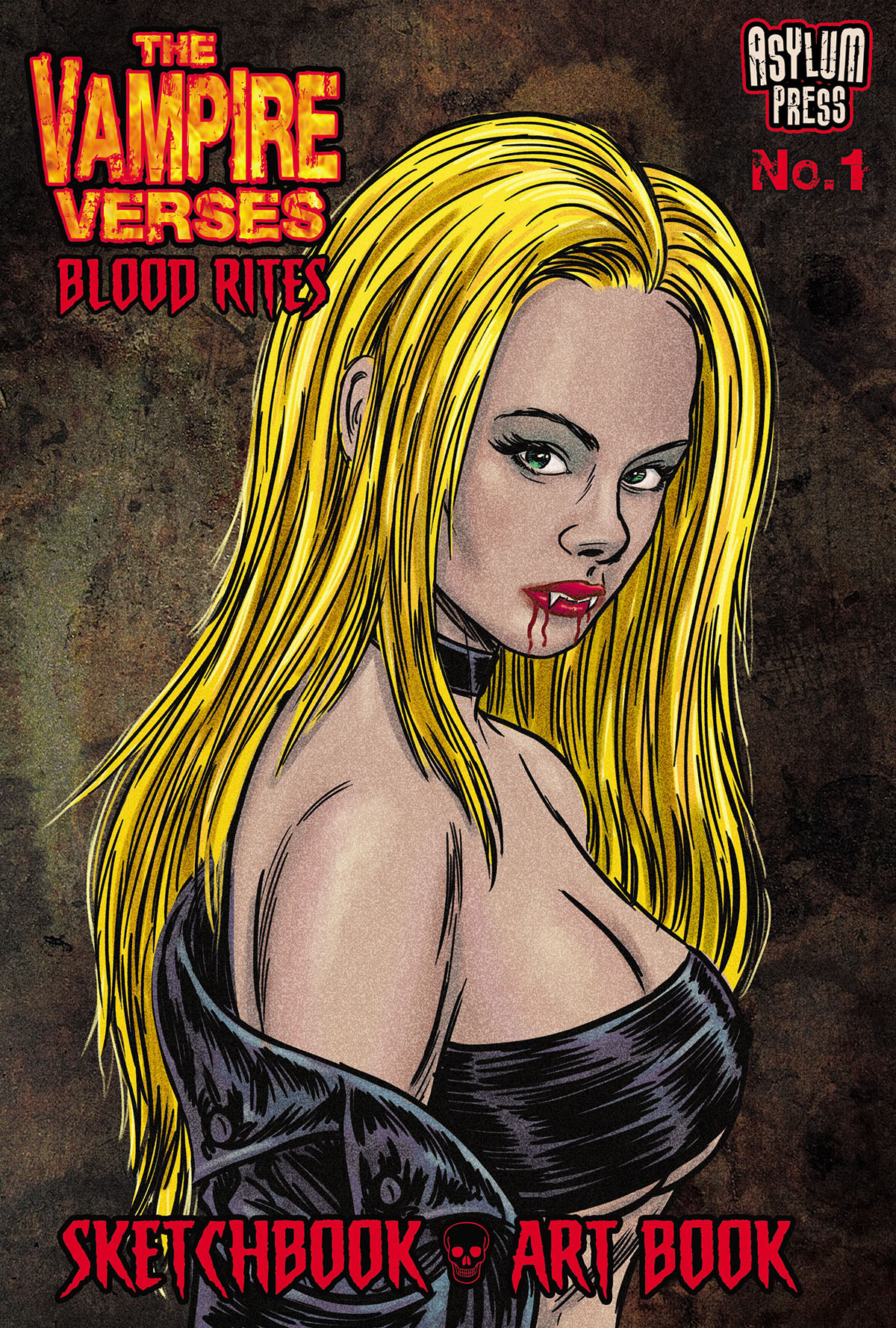 THE VAMPIRE VERSES: BLOOD RITES SKETCHBOOK/ART BOOK is a 32 page saddle stitched comic that includes art and sketches from The Vampire Verses series by Frank Forte. The art ranges from 1995 to present day with character studies, cover studies, renders, creature design, environment design, pin-ups and more. The book hopes to reintroduce fans to the series and be a prelude to the continuation of TheVampire Verses #5-#12.

The Vampire Verses is a vampire/horror comic that I created in 1994 and was published in 1995 by CFD productions (Formerly Cry For Dawn) and then Asylum Press in 1999 and beyond. The series was inspired by many anime series at the time including Wicked City, Demon City Shinjuku and Urotsukidōji: Legend of the Overfiend. I was also inspired by comic creators Berni Wrightson, Tim Vigil, Kelley Jones, Mike Mignola and others. I attempted to use all of these influences and create something of my own. What erupted from my hand and mind was The Vampire Verses.

The debut issue introduces Angelika, an exotic dancer in the NYC club scene who is unwittingly turned into a creature of the night. As she tries to make sense of what she has become she learns of a bloody Vampire War that is being fought in the streets and subway tunnels of New York City. Slowly the truth unfolds as Angelika begins to realize she is a key part of an ancient scrolled prophecy known as The Vampire Verses.

It was difficult for me to make a living in comics in the 90s so I decided to move to film and animation and became a storyboard artist where the pay was higher and the income more stable. There I have worked on show such as: Lovecraft Country, Fantasy Island, Solar Opposites, Dreamwork’s 3Below, Bob’s Burgers, Insidious 4, Lego: Guardians of the Galaxy, Despicable Me 2, Lego Star Wars: The Empire Strikes Out, The Super Hero Squad Show, Marvel Heroes 4D, and Lego Hero Factory.

Now that time as passed I realize my true love is with making comics. I am seeking help from fans of comics, horror and vampires to help fund the final issues and sketchbooks of The Vampire Verses.