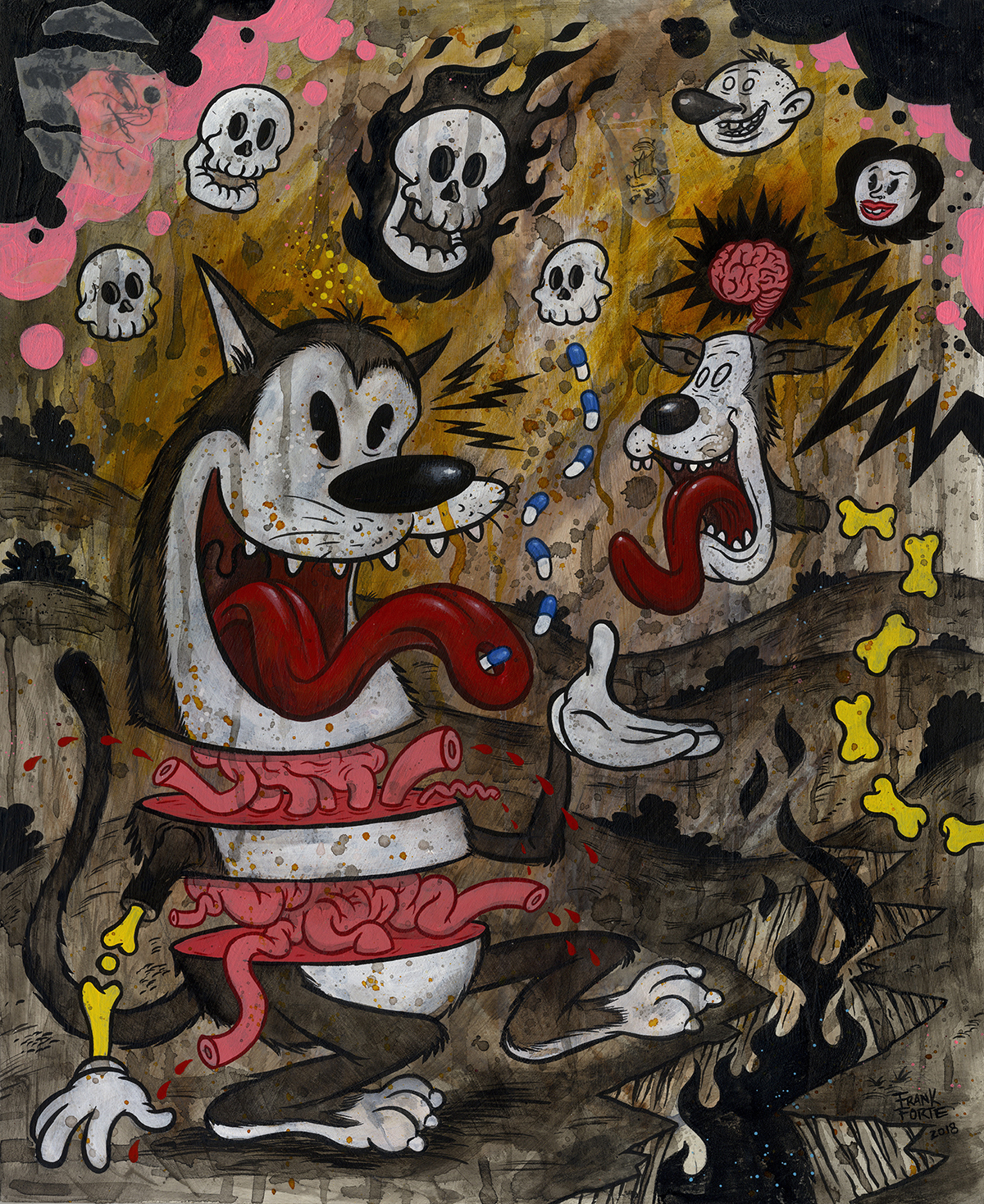 Going to be out of the house and away from the PC for a few days, but wanted to get at least something out. So have some @eccomics Old Witch!

No doubt my favorite of the old EC mascots to draw with the absolutely crazy facial features and giant eyeball.

Frankenhorrors Kickstarter is fully funded -check us out if you like #stickers and #horror #BLACKPINK #monter #creature #darkart #vampire #werewolf https://www.kickstarter.com/projects/asylumpress/frankenhorrors-horror-comics-postcards-creepy-cute-stickers