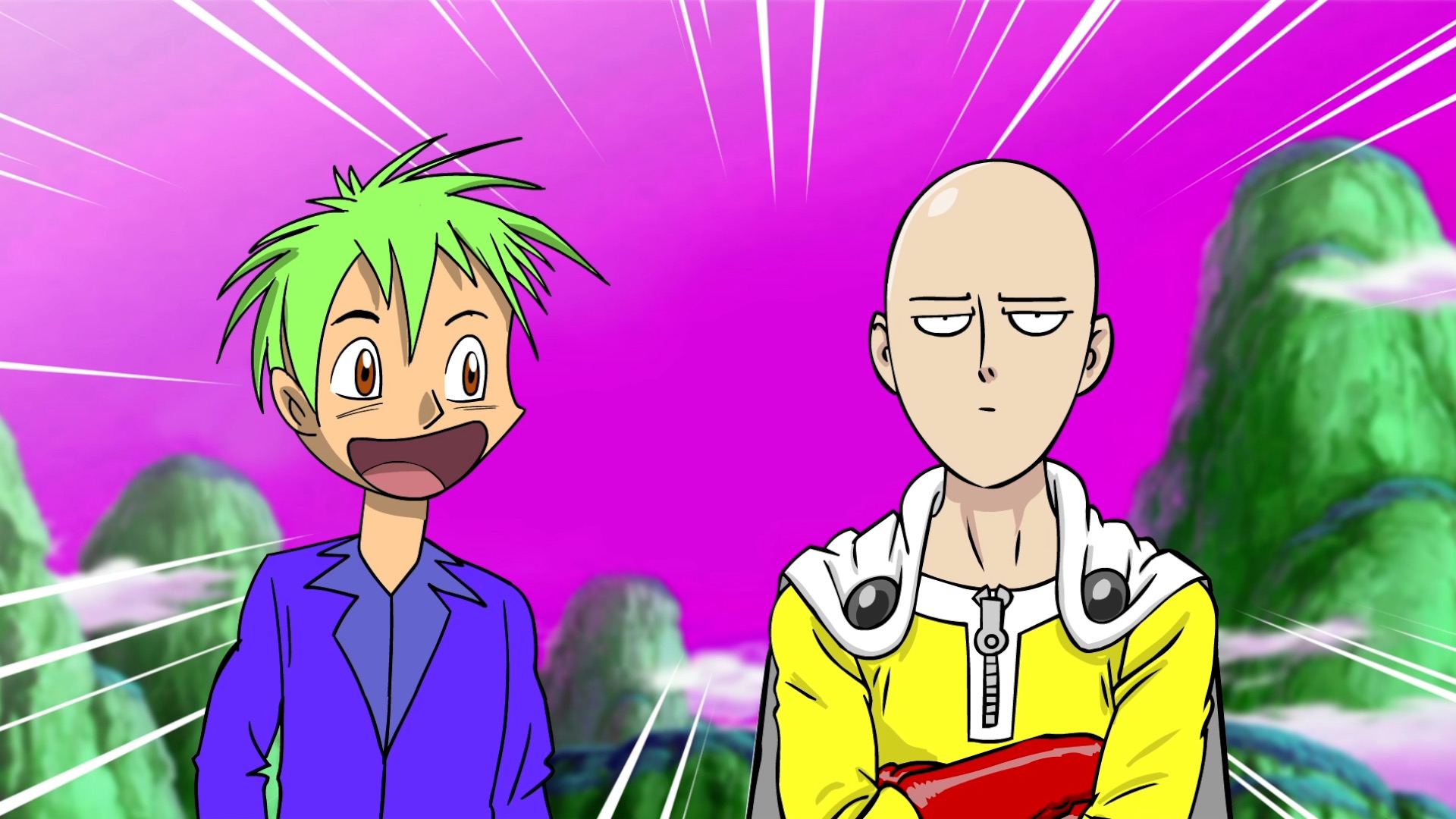 Our hero suggests he knows something about Anime, Broly and Dragonball Z

ANIME! ANIME! Meet Jazen. The most enthusiastic fan of Anime you’ll ever know! He somehow finds himself meeting up with all of his Anime idols. He tries to have a conversation with them, but his fast talking, annoying, ADHD personality always gets in the way.

One-Punch Man (Japanese: ワンパンマン, Hepburn: Wanpanman) is a Japanese superhero franchise created by the artist ONE. It tells the story of Saitama, a superhero who can defeat any opponent with a single punch but seeks to find a worthy foe after growing bored by a lack of challenge in his fight against evil. ONE wrote the original webcomic version in early 2009, and it quickly grew in popularity, surpassing 7.9 million hits in June 2012. The series has since received a manga adaptation illustrated by Yusuke Murata, as well as an anime adaptation. The series’ digital manga remake began publication on Shueisha’s Tonari no Young Jump website in 2012. The chapters are periodically collected and printed into tankōbon volumes. As of November 2019, 20 volumes have been released, 17 of which have been republished in English. Viz Media has licensed the remake for English serialization in its Weekly Shonen Jump digital magazine. Its English release was nominated for an Eisner Award in 2015 and a Harvey Award in 2016. An anime television adaptation was created by Madhouse and aired in Japan between October and December 2015. It was dubbed in English during the summer of 2016, and a second season was announced later that year. On September 25, 2017, it was announced the production company and director had changed. The second season was animated by J.C.Staff, with Chikara Sakurai replacing Shingo Natsume as director and Yoshikazu Iwanami replacing Shoji Hata as sound director. The second season aired between April and July 2019. Anime (US: /ˈænəˌmeɪ/, UK: /ˈænɪˌmeɪ/) (Japanese: アニメ Hepburn: anime, [aɲime] (About this soundlisten), plural: anime)[a] is hand-drawn and computer animation originating from or associated with Japan.

SUBSCRIBE for updates, we upload a new cartoons 3-5 times per week. http://www.youtube.com/user/GoonCarto…